Introducing LifeGard WG, the first in a new class of biological disease control agents, used to manage early, late and Cercospora blights in potatoes, as well as white mold.

LifeGard® WG is the first foliar-applied biological plant activator available on the market. LifeGard is a naturally occurring bacterium that triggers an induced resistance (IR) response in plants. This IR response reflects a new direction taken by a pesticide market that has rapidly increased its demand for biopesticides, because they offer efficacy, as well as resistance management materials, low residue levels and crop and worker safety. LifeGard is NOP Approved and OMRI® Listed. It is residue exempt, has a 4-hour REI, can be applied the day of harvest.

LifeGard WG: The first biological activator that triggers a plant’s natural immunity to disease. LifeGard is a broad-spectrum fungicide that works on early blight, late blight and white mold. Apply it to prime your potato crop to be ready and resistant against disease.

Joe Kertzman, managing editor of Badger Common’Tater, writes: There is no denying it. The sustainable production wave has captured the attention of potato growers. 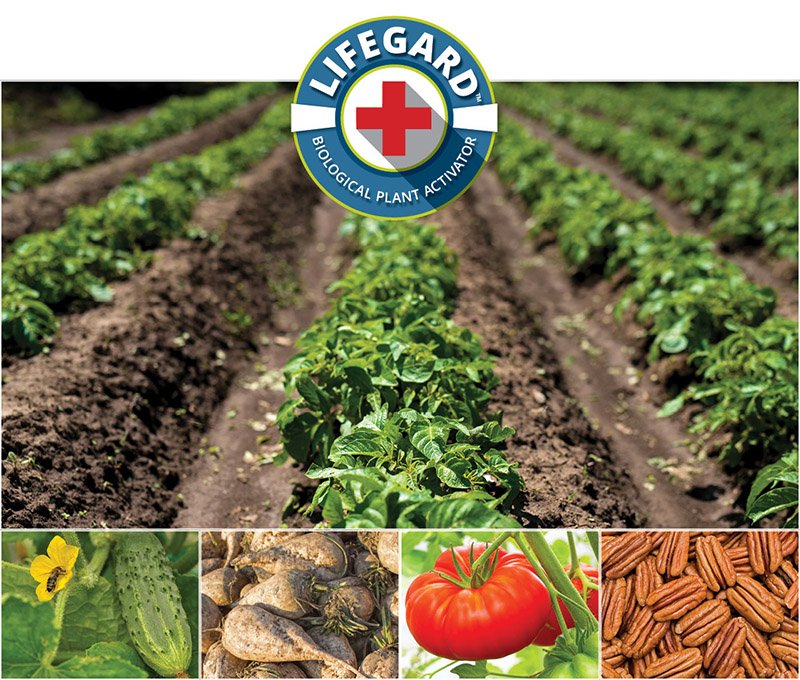 LifeGard WG can be used with the following crops:

This product is approved for organic production by the National Organic Program (NOP), a marketing program housed within the United States Department of Agriculture (USDA) Agricultural Marketing Service, the agency that sets marketing standards. The NOP mission is to develop and implement national standards that govern the marketing of agricultural products as organically produced, to facilitate commerce in fresh and processed food that is organically produced, and to assure consumers that such products meet consistent standards.

This product is OMRI Listed, therefore it is determined by the Organic Materials Review Institute (OMRI) to be suitable for use in certified organic production.